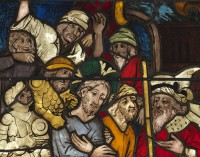 Fig. 3. Detail of a scene from a Boppard panel

Marie Stumpf, Senior Conservator at the Burrell Collection in Glasgow has recently completed a tour of places holding Boppard glass. She has visited the Detroit Museum of Art, Ochre Court and Seaview Terrace in Newport (Rhode Island), the Metropolitan Museum of Art in New York, and the Schnuetgen Museum in Cologne. These places all have panels from Boppard that come from the same windows as the ones at the Burrell.

Marie focused on the Tree of Jesse and Ten Commandments windows, with the aim of exploring in detail the similarities and differences between the windows in the Burrell Collection and those in the other locations. See Vidimus 68 for a feature on the Ten Commandments Window, and follow Marie’s journey at the Boppard Conservation Project Blog.