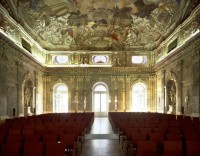 Fig. 9. The Festsaal at the Austrian Academy of Sciences, where this year’s colloquium lectures were held.

Every two years the Corpus Vitrearum holds an international colloquium in a different country to allow members to give and hear lectures, to exchange new information and discoveries, to meet and discuss informally, and to visit sites with important stained glass and conservation workshops. In recent years, the colloquia have also included stained glass up to the nineteenth century. This year’s colloquium was held at the Österreichische Akademie der Wissenschaften (Austrian Academy of Sciences) in Vienna, and was the second to be held in Vienna – the first there took place nearly thirty years ago, in 1983. After the opening speeches of welcome and progress reports – the French series of Recensements (census) volumes is nearing completion! – the first day was given over to a series of lectures devoted to the theme of the colloquium, ‘Dynastic Representations in Stained Glass’. In the evening we were conveyed by tram to a delightful Heuriger on the outskirts of Vienna, where the local cuisine and wine were much appreciated.

Day two took us to Wiener Neustadt, south of Vienna, to the castle, which has been a military academy since the time of Maria Theresia. Here the Chapel of St George, built in the 1440s and 1450s, has very unusual glass of about 1550, painted in a late Gothic style, perhaps in imitation of the early glazing of just after 1500, small remains of which still survive in the main east window. This window also contains two large donor figures of the Emperor Maximilian I, who was both christened and buried in the chapel, and his wife Bianca Maria Sforza. After lunch in the castle, we visited the Cistercian monastery of Heiligenkreuz in the Vienna Woods, founded in 1133 by Margrave Leopold III and his wife Agnes. The cloister retains much grisaille glass of the period 1220–50, with designs based on Islamic art and conforming to the strict rules of the order forbidding coloured and figurative glazing, although compensating for these restrictions in the exuberance and complexity of the patterns used. The well-house in the cloister however has glass of c.1285–90 that does include both colour and figurative work, with figures of the Babenburg dynasty, depictions of the Heiligenkreuz and Klosterneuburg monasteries, and coloured pattern windows. In the choir of the abbey church the glazing dates from before 1295 and includes figures of prophets and saints and a great variety of coloured pattern windows. All the glass at Heiligenkreuz is partly restored, but much original work survives to make this a key site for medieval Austrian glass-painting.

Day three was devoted to further lectures on the colloquium theme followed by a visit to the cathedral of St Stephen in Vienna to see the remains of the choir glazing of c.1340 and hear about the plans to return the dispersed late-fourteenth-century figures of Habsburg royalty to the Chapel of St Bartholomew there. On day four, the morning was devoted to further papers and the afternoon to the election of new officers and the official end of the colloquium, followed by a meeting of the Scientific Committee of the Corpus Vitrearum for the Conservation of Glass Paintings. In the evening we were invited to a reception at the workshops of the Bundesdenkmalamt (Federal Monuments Office), where we able to see some of the St Bartholomew Chapel glass under conservation. An optional excursion on the Saturday took us to the Franzensburg in Laxenburg near Vienna, a castle built in 1798–1836 for Kaiser Franz II under the influence of the Romantic fashion for medieval chivalry, which houses stained glass from various medieval buildings in Austria, such as the Capella Speciosa at Klosterneuburg, but also features much nineteenth-century decoration, with fine windows by the German stained glass artist Gottlob Samuel Mohn.

The lectures and visits provided both broad-brush and detailed pictures of the colloquium’s theme. Royal and family dynasties were dealt with, including glass given by monarchs to maintain and commemorate their own reign and windows commissioned by other bodies and individuals with an interest in promoting the current dynasty and asserting their loyalty to it. Two important aspects that emerged were the attempts often made to assimilate contemporary royalty to biblical figures and saints, and to display their extended and often imaginary genealogies to include illustrious figures from the past. We look forward to the publication of the proceedings, and thank Elizabeth Oberhaidacher-Herzig, Christina Wais-Wolf, Günther Buchinger and their colleagues for an enjoyable and stimulating colloquium in a marvellous city. We also await keenly the next Colloquium in 2014, which will be held in York.