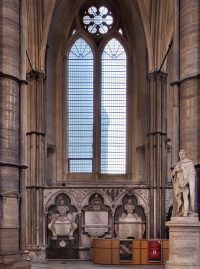 Fig. 1. The window to be glazed to David Hockney’s design.

The artist David Hockney is to design a stained glass window in Westminster Abbey to celebrate the Queen’s reign.  The large window – approximately 6m tall and 2m wide – in the north transept is currently plain glazed and will be transformed before it is unveiled by June 2018.  The new stained glass will honor the Queen’s reign as the longest serving monarch in British history, and will contain, in Hockney’s words, “a landscape full of blossom that’s a celebration every year.”

Following on from their successful partnership with the artist Hughie O’Donoghue, in which two beautiful stained glass windows were produced for the Lady Chapel of the abbey to commemorate the 60th anniversary of the coronation of Her Majesty The Queen, Barley Studios, York, will create the new window.  The final stained glass design will be made by the artist Helen Whittaker of Barley Studios, who notes that “to translate a painter’s work onto glass is a fantastic and rewarding challenge…it’s also great for British craft that the window is being made in Yorkshire.”  Helen Whittaker will interpret and execute Hockney’s designs, transferring them from paper into stained glass and working closely with the artist.

This entry was posted in Issue 104, News. Bookmark the permalink.