Illuminating Women in the Medieval World 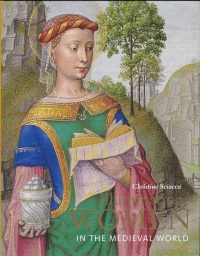 A new exhibition focusing on medieval women as depicted in medieval manuscripts has opened at the Getty Museum in Los Angeles, USA.

Although inevitably slanted towards religious imagery, the exhibition includes a variety of depictions of medieval women ranging from damsels in distress to biblical heroines, incorruptible virgin saints to the adulterous Bathsheba. While such books invariably held up the devout and pious as models for proper behaviour, some books also included warnings against sinful conduct. Female figures also fulfilled the romantic role of lovers, the social and political function of wives, and the nurturing capacity of mothers.

The exhibition also highlights women as creators of manuscripts, as figures of great wealth and high status who exercised their authority and influence by commissioning books—and sometimes even illuminating them.

The exhibition is accompanied by a well illustrated and readable catalogue written by Christine Siacca (review forthcoming in next issue of Vidimus).  The event closes on September 17th. Admission is free.