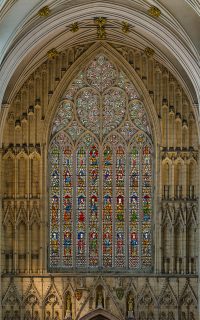 Fig. 1 The fourteenth-century west window of the nave at York Minster. Just one of the cathedral’s stained glass masterpieces.

York Minster houses the UK’s largest and arguably most impressive collection of medieval stained glass (fig. 1), dating back as early as the 12th century. Yet, currently, more than half of its 128 irreplaceable windows are fitted with no form of protective glazing, leaving them exposed to the elements and subject to corrosion and decay.

To provide each of the Minster’s windows with state-of-the-art protection, and ensure their preservation for generations to come, the cathedral has announced an innovative new fundraising initiative due to be launched in 2018. Working in partnership with the York Minster Fund (YMF) and the Heritage Lottery Fund (HLF), the four-year long campaign will see a grant from the HLF of up to £1m to match every pound raised by the public and YMF, to be used to establish an endowment fund to help pay for the £11m project.

Three windows from the north nave aisle of the Minster will be the first to receive external glazing, beginning with window n25. The work follows the installation in 2014 of revolutionary UV-resistant glass to the cathedral’s spectacular Great East Window, as part of the York Minster Revealed project. The final stage of work to restore and conserve the 15th-century window is coming to completion and the finished window is due to be unveiled in the Spring of 2018.