New Curator of Medieval Art at The Cleveland Museum

Fig. 1: Christ in the Garden at Gethsemane and the Kiss of Judas (on right), Mariawald Abbey © The Cleveland Museum of Art

The Cleveland Museum of Art in Ohio, USA, has appointed Dr Gerhard Lutz as its incoming Robert P. Bergman Curator of Medieval Art, filling an important post left vacant by the retirement of Stephen Fliegel last May. Since 2002 Dr Lutz has been deputy head at the Dommuseum in Hildesheim, Germany, where he curated numerous exhibitions, including ‘Medieval Treasures from Hildesheim’, which was displayed at the Metropolitan Museum of Art in New York in 2013/14 (see the website).

Although the Cleveland Museum’s medieval collection is relatively small, it includes nine items from the famous Guelph Treasure (bought 1930 and 1931) and a good range of medieval and renaissance stained glass. Highlights of the latter collection include two c.1525 panels from the cloisters of Mariawald Abbey in the Eifel, an area along the Rhine west of Cologne, and a c. 1275 grisaille panel consisting of lozenges with naturalistic leaves and stylized foliage, thought to have come from Strasbourg area in France. [Figs 1, 2] 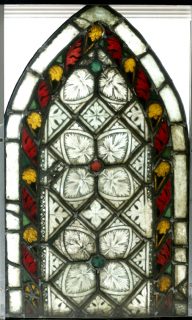 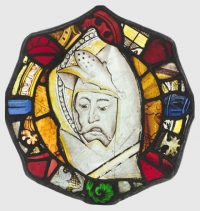 English glass is also represented in the collection. A head of St George dating from c. 1460 might have been made for the church of St Lawrence in Ludlow, Shropshire. [Fig 3]

For those interested in understanding the collection futher, the CVMA of America catalogue of Stained Glass before 1700 in the Midwest States, Vol. 2, includes detailed entries of the medieval and re-naissance glass in the Museum. Images and descriptions of the stained glass in the Cleveland Museum of Art can be seen here.