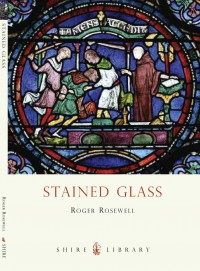 A new history of stained glass in English churches has been published in the popular Shire Books series.

Written by own indefatigable News Editor, Roger Rosewell, the book traces the history of stained glass from its origins in Anglo-Saxon England to the present day. Separate chapters describe Norman glass; developments in the thirteenth and fourteenth centuries; the impact of the Renaissance; the destructive frenzies of the Reformation and the English Civil War; the reappearance of stained glass in the nineteenth-century; and the achievements of twentieth-century artists. Other pluses include chapters of how medieval viewers saw stained glass, and the relationship between stained glass and other arts in the pre-Reformation church. A gazetteer lists over 600 places where glass can be seen.