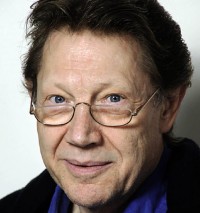 With the death of Professor Dr. Rüdiger Becksmann on the 19 May the world of stained glass scholarship has lost one of its most eminent figures.

After studying history of art together with classical and Christian archaeology at the universities of Freiburg and Berlin, Rüdiger became personal assistant to Hans Wentzel, whose Meisterwerke der Glasmalerei (‘Masterpieces of Stained Glass’, 1951) was the first monograph on German medieval glazing in which the then-current methodologies of art history were fully deployed. Wentzel was also one of the founders of the international Corpus Vitrearum Medii Aevi project, but the establishment of the German Corpus organization was primarily Rüdiger’s achievement. In 1970, he founded the Arbeitsstelle (now the Forschungszentrum), which moved from Stuttgart to its present location in Freiburg twelve years later. Relations with funding bodies were not always easy, but thanks to his leadership and tireless efforts, the CVMA for Germany was set up with a structure and level of support that remains the envy of every other national committee. After the collapse of the DDR, Rüdiger played a key role in integrating the two German organizations while retaining their separate centres in Freiburg and Potsdam. He remained head of the former until his retirement in 2004. Between 1970 and 1988, he served as secretary to the German CVMA national committee and in 1991 became its president; between 1975 and 1987 he was vice-president of the international CVMA committee. In 1981, he was appointed to an honorary professorship at Stuttgart.

Rüdiger’s books and articles are distinguished by both quality and quantity, an output which was unaffected by his retirement. His first monograph was the publication in 1967 of his doctoral dissertation on the relationship between Gothic architecture and stained glass (with particular reference to Strasbourg) – a topic that remained an abiding interest. This was followed by Deutsche Malerei des Mittelalters (‘German Stained Glass of the Middle Ages’, 1995), no fewer than three magisterial CVMA volumes (one co-authored), with another in preparation at the time of his death, and numerous articles. No less important was his role in bringing medieval stained glass to wider audiences through exhibitions and their catalogues, above all Himmelslicht (Cologne 1998–09). The hallmarks of Rüdiger’s work were his encyclopaedic knowledge of his subject, painstaking research, thoroughness, persistence and tenacity, the last attribute often displayed during conferences in advocating (or defending) a conclusion he had reached. To see him merely as a stained glass specialist does not however do justice to his contribution to the discipline of art history as a whole. His interests spanned architecture, panel and manuscript painting and metalwork between the ninth and the sixteenth centuries. He was also the founding editor for the publication of new research on German art by the Deutsche Verein für Kunstwissenschaft.

The regard in which Rüdiger was held by scholars across the international spectrum was manifest in the Festschrift presented to him in 2004 to mark his retirement as head of the Arbeitstelle; his responses to contributors were marked by a characteristic blend of courtesy, expertise and insight. Rüdiger’s enduring memorial will be his enormous contribution to the study of the medieval stained glass of Germany, as author and editor (in which role his insistence on the highest standards of design, layout and presentation as well as content was to the fore). For this achievement his place in the pantheon of the subject is assured. But to end on a personal note, alongside respect and admiration for his scholarly achievements, I will treasure fond memories of Rüdiger at home with his family, dispensing exquisite Weisswein and listening to and discussing music.