This year there are plenty of events of interest to Vidimus readers to accompany the good weather. 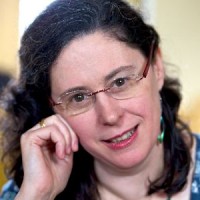 An important lecture by Sarah Foot about how Winchester became not just the political base of the kings of Wessex (later of all England) but also the most significant cathedral church in England, second only to the archiepiscopal seat at Canterbury, will be held on 15 July in the Cathedral Learning Centre, 10A The Close, Winchester.

Sarah Foot is the Regius Professor of Ecclesiastical History at Oxford and a Lay Canon of Christ Church Cathedral. She has written extensively on the history of the Anglo-Saxon Church and is currently beginning work on an intellectual biography of the Venerable Bede. Her most recent book was Æthelstan: the First English Monarch (Yale University Press, 2011). 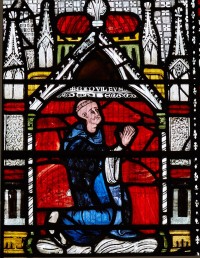 Our features editor, Roger Rosewell FSA, will be lecturing about medieval stained glass in Oxfordshire at this summer’s blockbuster Art in Action event at Waterperry in Oxfordshire. His talk will include examples from University college chapels, parish churches, and important buildings in the county, such as Dorchester Abbey. Roger will be also lecturing about medieval wall-paintings on the same day as part of a special double programme sponsored by the National Association of Decorative and Fine Arts Societies.

The first lecture will take place between 11.00 am and 12 noon. The second lecture will be held between 2.00 and 3.00 pm. For more information about the event, ticket prices, and directions please visit the Art in Action website. 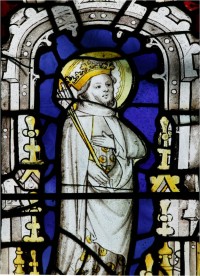 Several important lectures about medieval glass will be among the highlights of the 2015 Harlaxton medieval symposium, which will take place 21–24 July at Harlaxton Manor in Lincolnshire. A double session on Tuesday 21 July will see Professor Richard Marks speak about ‘The moost profitable sayntes in the chyrche’: images of saints in English medieval stained glass and their functions’, followed by Sarah Brown, senior lecturer in stained glass, at the University of York and chairman of the British CVMA, who will explore ‘Archbishop Richard Scrope’s lost window in York Minster’.

On 22 July, the medieval historian Nicholas Rogers, fellow of Sidney Sussex College, Cambridge, will speak about ‘A Pattern for Princes: the Royal window at the Observant Franciscan church at Greenwich’.

Details of the conference and how to book are available from the Harlaxton website. 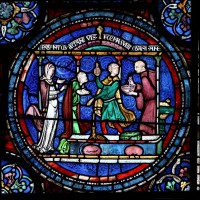 A lecture to coincide with the important ‘Ancestors of Christ’ exhibition at Canterbury Cathedral will be held at the Cathedral Lodge auditorium on 24 July. The lecture will focus on the glazing of the Trinity Chapel, which was completed between 1184 and 1220. The windows here depict miracles said to have occurred at the tomb of the murdered archbishop, Thomas Becket, The Tree of Jesse, and a complex scheme known as the Redemption Window. Dr Koopmans is Associate Professor of Medieval History at York University, Toronto, Canada, and a leading scholar of saints’ cults, and medieval religious culture. Her publications include a monograph entitled Wonderful to Relate: Miracle Stories and Miracle Collecting in High Medieval England (University of Pennsylvania Press, 2011), which received the 2012 Margaret Wade Labarge Prize from the Canadian Society of Medievalists. Koopmans is currently writing a book on Thomas Becket’s miracles and the stained glass of Canterbury Cathedral, which will be published by the British CVMA.

Tickets for the event cost £7.50 and include entrance to a private view of the exhibition, a drink on arrival, and the evening’s talk. Doors open at 6.30pm. Tickets available from The Canterbury Ticket Shop, or by telephoning 01227 787787.

This lecture will describe the recent conclusion of a major programme to conserve the remarkable collection of sixteenth-century Flemish glass created for the Abbey of Herkenrode (near Hasselt, Liège, in present-day Belgium) in the 1530s. The glazing was imported into Britain in the early nineteenth century and subsequently installed in Lichfield Cathedral, principally in seven windows of the Lady Chapel. The conservation programme was carried out at the Barley Studio in York under the direction of Keith Barley FMGP ACR, who will explain the problems he faced and how his team overcame them.

The Herkenrode windows date from the very end of the medieval period and show remarkable Renaissance-style painting effects, including heightened use of perspective and shadowing. They are of international interest and importance, not least because they escaped the major restoration and repainting carried out on other Flemish glass of this period. Five of the seven large windows at Lichfield depict scenes from the life of Jesus, from the Annunciation, through the Passion and the Resurrection to the Day of Judgement; the two other windows contain a collection of donor panels.

Keith Barley is one of the world’s leading experts in stained-glass conservation and advisor to the British CVMA Committee. After completing his apprenticeship at the York Glaziers Trust in 1973, he founded his own stained-glass company, Barley Studio, on the outskirts of York. Barley Studio has undertaken many important conservation and restoration projects throughout the UK. In 1998, their work at Fairford was honoured by the prestigious National Award for Conservation, which remains the only National Award for Conservation to be made in the stained-glass discipline. Keith has published widely on the study and conservation of stained glass and has given lectures and talks throughout the UK and abroad. 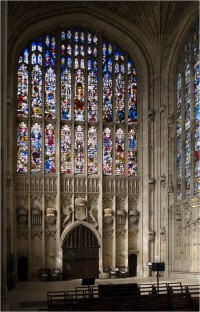 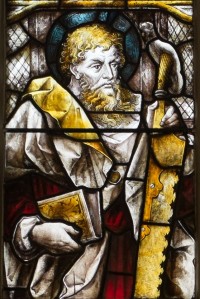 The British Society of Master Glass Painters (BSMGP) is holding a fascinating conference in Cambridge later this year. Delegates will stay at Jesus College and visit colleges, churches and chapels in the city. There will also be a gala dinner.

Cambridge is home to one of the great wonders of medieval and Renaissance stained glass, the glazing of King’s College Chapel. Interesting sixteenth-century glass German can also be seen in Corpus Christi College.

For further details about the conference, including costs and how to book, please visit the BSMGP website.