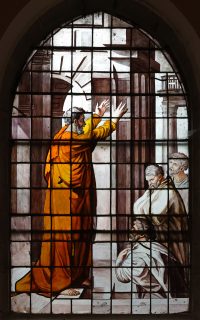 Fig. 1. The east window before conservation.

An important Irish window at Agher parish church (Co. Meath) has been conserved and reinstalled.  The east window, dated by one scholar to c.1770 and attributed to the Dublin-born glass painter Thomas Jervais, is currently believed to be one of the oldest pieces of glass in the Republic of Ireland. It had originally been in Dangan Castle (Co. Meath), the childhood home of the 1st duke of Wellington, Sir Arthur Wellesley; this building was gutted by fire in 1809.  It is not known when the window was moved to the church at Agher (approx. 6km from Dangan Castle), which was built by the Winter family, owners of a large local estate.  The church was completed in 1804, and a rebuilding campaign took place in 1902.   Although the east wall appears to have been altered to accommodate the window, and was therefore probably not included in the 1902 alterations, it is unclear if the window was in place by this date.

The window was found to be in a perilous condition on account of its deteriorating leadwork and poor environmental conditions, but it has been conserved and protected through supporters, including chapters of the Irish Georgian Society in London, Chicago and Ireland; grants from the Heritage Council and the Built Heritage Investment Scheme 2016 run by the Department of Arts, Heritage and the Gaeltacht; and the Select Vestry of Rathmoylan Union of Parishes.

The glass depicts St Paul preaching at Athens, based on a cartoon by Raphael of 1515–16 housed in the Victoria & Albert Museum, London. Jervais left Ireland for London in 1770, and his later work includes the west window of New College, Oxford (1783), after a cartoon by Sir Joshua Reynolds (1723–1792). In the early Agher window, Jervais used unusual plating techniques to enhance the colour of his silver stain from a lighter shade of yellow to a deeper amber tone. Layering glass in certain areas also allowed him to use both fired and cold paint to achieve different painting styles. He was very experimental in designing this window and the evolution of his style can be seen when comparing the east window of Agher to his later works, particularly his painting at New College. 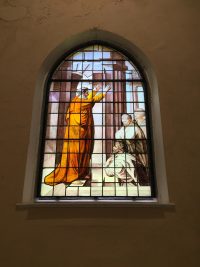 Fig. 2. The window after conservation. 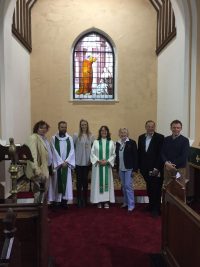 In late April 2016, the York Glaziers Trust (YGT) removed the window for conservation. It was cleaned, conserved and releaded, then reinstalled in the church with isothermal glazing and the stained glass set in a bespoke frame. The return of the window was celebrated with an evening of ‘Songs of Praise’, and the church was opened to the public for viewings of the conserved stained glass as part of Heritage Week in Ireland, 20–28 of August. Emma Newman, an Irish student studying at York for the MA in Stained Glass Conservation and Heritage Management, was able to work on the conservation project as part of her work placement at YGT, and hopes to complete her dissertation – and a full-length feature for Vidimus – on the window next year.…..