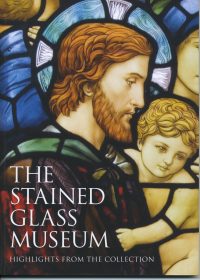 Fig. 1. The Stained Glass Museum: Highlights from the Collection.

This selective guide to the Ely Stained Glass Museum collection (fig. 1) is written by its current curator Jasmine Allen. It is light and portable, clearly arranged and printed in a readable font, although the grey text of the summary sections is rather faint for older eyes. The plentiful illustrations are of good quality and all in colour, an essential requirement for any modern publication on stained glass.

As its subtitle makes clear, the volume is not a comprehensive catalogue of the Museum’s holdings. It begins with a brief discussion of stained glass in general followed by an approximately chronological survey from 1200 until the present day, divided into thirteen sections which highlight eras and movements (e.g. High Victorian Revival, Arts and Crafts Movement) or geographical areas (15th-century Norfolk, Scotland). Each section begins with an overall summary of the topic followed by relevant examples from the Museum’s collection, all individually illustrated. The entry for each panel is thorough, giving its title, date, designer, maker, original location, donor and date of acquisition. The accompanying descriptive text provides additional information ranging from artists and studios through subject matter, inspiration, techniques, colours and visible defects such as inadequate firing and crizzling. This sort of detail is particularly useful for the more unorthodox pieces such as Geoffrey Clarke’s abstract sculpture (p.62) and Moira Forsyth’s appliqué armorial (p.67). For some panels, dimensions might also be helpful; for example, it is hard to judge the scale of the monumental bust of a nimbed king of c.1210 from Soissons Cathedral (p.10). They are doubtless omitted because the book’s purpose is to serve as a selective guide to the exhibits for visitors already looking at them. This also explains why the only information about the Stained Glass Museum itself, including its location, is tucked away in a few lines at the bottom of p.6, while the website address is sandwiched inconspicuously between the registered charity number and the ISBN inside the back cover. It would however be worth displaying such important details more prominently, since the book could be recommended not only to visitors but more generally to students in need of a brief, modestly priced overview of the medium of stained glass.

The collection’s composition dictates that the volume is weighted towards the 19th and 20th centuries which are allocated forty-four pages, with the medieval period telescoped into twelve, while the six pages devoted to the often overlooked gap between the Reformation and Queen Victoria’s accession feature an eclectic assortment of pieces including a pet portrait by William Peckitt, anthropomorphic monkeys drinking and smoking, a capering butcher-cum-musician and King George III (pp.24-26). The modern era displays a similar variety of subjects, including Paul San Casciani’s image of a micro-organism (p.68), Peter Young’s children’s storybook illustration and Brian Clarke’s geometric grid pattern (p.71). There is also a strong showing of down-to-earth medieval material including a peasant from Ely Cathedral (p.12), a very masculine heraldic boar (p.14) and the Labours of the Months (p.17). The secular subject matter of these periods contrasts markedly with the high-mindedness of Victorian glass-painting, as represented by the almost exclusively religious scenes on display here; even the Duke of Clarence is depicted as St George (p.60). The piety is interrupted only by Reynard the Fox stealing geese, made in the 1870s for the ancestral home of the Duke of Westminster (p.39), but this Reynard lacks the irreverent punch of his 15th-century counterpart, who stashes away the geese in his clerical robes while preaching to them (p.16). 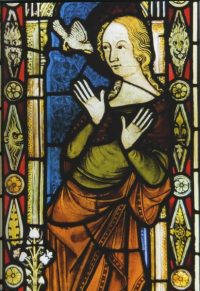 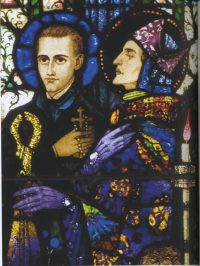 Fig. 3. St Wilfrid and St John Berchmans and the Presentation of Our Lady in the Temple, detail, 1927, by Harry Clarke

In its early years, the Stained Glass Museum’s unusual setting high in the triforium of Ely Cathedral overwhelmed its modest array of exhibits, of which only the beautiful 14th-century Virgin Annunciate from Hadzor (p.9) lingered in this visitor’s memory. Despite the coming of so many rivals, the Hadzor Virgin (fig. 2) deservedly remains the Museum’s poster girl, serving as its logo and appearing prominently in images on its website. Meanwhile the collection has expanded to more than a thousand items, of which only a small minority are on display. The Museum benefits from being the only one of its kind in the UK, and it has been fortunate in the high quality of panels donated and loaned to it by everyone from the Queen to the makers themselves. It is striking that it has had to buy only a dozen of the ninety or so items featured in this selection, the most notable of these being the Soissons king, two late-15th-century panels from a Nine Orders of Angels series (pp. 5,15), a 16th-century French scene from the legend of St James (p.20), Harry Clarke’s characteristically jewel-like St Wilfrid and St John Berchmans (p.56, fig. 3) and Patrick Reyntiens’ erupting Temptation of St Anthony (p.71). Apart from a Pre-Raphaelite angel bought in 1976 (p.38), all the purchases have been made since 1995, half of them with the assistance of grants from one or more bodies, principally the Art Fund and the V&A. This reflects the fact that since the Museum’s foundation in 1972, stained glass has become more collectible: despite the continuing surfeit of unremarkable and unsaleable windows in redundant churches, it is hard to imagine a piece half as fine as the Hadzor Annunciation being donated today rather than sold at auction. A case in point is provided by the two small unipartite panels from the Nine Orders of Angels series which the Museum bought at a sale at Bonhams in 2015; forty years earlier they would probably have gone to the local junk shop.

As previously mentioned, this guide is capable of serving as a selective standalone summary of the development of stained glass in Britain. Its coverage of the pre-Reformation period, while far from comprehensive, showcases examples of cathedral, parochial and domestic glazing, grisaille, donors, roundels, quarries and even monumental windows, albeit French ones. The 19th and early-20th centuries are well represented by panels from nearly all the major studios as well as some less prolific artists such as Thomas Wright (p.30) and Frederick Ashwin (p.47). The more modern pieces, most of which have been loaned or donated by the artists’ studios, encompass not only the output of instantly recognisable designers such as John Piper (p.63) and Ervin Bossanyi (p.61), but of lesser known figures such as Albinas Elskus (p.70, fig. 4) and Pauline Boty (p.65).

Overall, this is a handsomely produced, scholarly, readable account of the Museum’s finest exhibits, offering plenty of background information without being overly complex. It is worthwhile reading for anyone interested in stained glass, even those with no intention of visiting Ely.