The York Glaziers’ Trust, Britain’s oldest and largest specialist stained glass conservation studio, is seeking to recruit a full-time stained glass conservator on a 12-month maternity cover contract. The person appointed will join a dedicated team working on the imple-mentation of York Minster’s 20 year strategic plan for stained glass conservation and a variety of projects for external clients. Salary will be in the region of £19,000- £20,000, depending upon qualifications and level of experience. For further information and an application form, contact sarah.brown@yorkglazierstrust.org. For more information about the Trust see www.yorkglazierstrust.org. 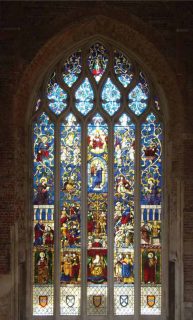 Fig. 1. Tree of Jesse window, from the church of St Vigor at Rouen, now in the north window of the great hall, Highcliffe Castle.

Highcliffe Castle, home to an internationally significant collection of stained glass span-ning over seven centuries, from the 1100s to the Victorian period, closed on October 31st for five months. The closure is part of an extensive restoration project at the Dorset castle, and will see the creation of a new conservation studio, allowing the resto-ration and display of the castle’s stained glass.

Perhaps best known among Highcliffe’s collection is the spectacular Jesse window, da-ting to the 16th century, housed in the north window of the great hall.

This November, Lancashire Archives will celebrate the achievements of Abbot & Co of Lancaster, and delve into the archives of stained glass manufacture in Lancashire from the medieval period to the 20th century.

Saturday, 25th November 2017, 12 noon – 5.00pm: A series of talks, exhibitions and art exploring Abbot & Co and Lancashire stained glass more broadly promise to make for an exciting and informative day for anyone in-terested in the craft of stained glass and its Lancashire heritage. 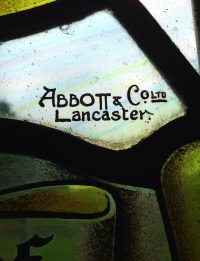 Fig. 1. Signature of Abbot & Co, founded by William Abbot in 1860, still in business in Fleetwood, Lancs. 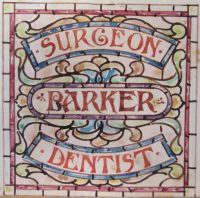 Fig. 2. Design produced by Abbot & Co for a surgeon and dentist’s business.

Talks include Penny Hebgin-Barnes on Lancashire’s medieval stained glass, Veronica Smith on the company of George Wragge of Salford, and Margaret Edwards on as-pects of Abbot & Co’s work. Designs by Abbot & Co, as wells Shrigley & Hunt will be on display, together with art inspired by the collections, created by textile artist, Fiona Rainford.

Both events will take place at Lancashire Record Office, Bow Lane, Preston, PR1 2RE. They are free of charge, but booking is required. For further information and to book a place, please contact 01772 533039 or email record.office@lancashire.gov.uk 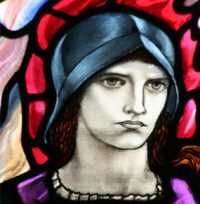 Fig. 1. Detail of St George from Karl Parson’s window of 1912 at All Saints Church, Eastchurch, Kent.

Leslie Smith, FSA, Hon. Librarian of the BSMGP will give a talk on, 20th Century Stained Glass in Kent Churches, in aid of the Friends of Godmersham Church.

This visual tour of Kent churches will chart the eventual demise of the large Victorian stained-glass firms such as Kempe and Clayton and Bell ,and the emergence of the artist craftsman through the influence of teachers such as Christopher Whall and Martin Trav-ers. The demand for commemorative windows after World War I and the destruction of windows in Front Line Kent during World War II provided opportunities for skilled de-signers and makers to practice their craft. Other episodes in Kent’s eventful history will also be highlighted, as will windows by Chagall, John Piper, Patrick Reyntiens and cur-rent practising Kent artists.

The lecture will take place in St Lawrence Church, Godmersham CT4 7DR which is 8 miles west of Canterbury on the A28. Tickets cost £10 each, including a glass of wine To book please call 08442 439 475, or visit the website.

The Glaziers’ Company is now inviting entrants to its prestigious annual Stevens Archi-tectural Glass Competition. The competition, running since 1972, this year requires entrants to design two window to be installed in a dance studio at Eastbourne College in East Sussex, and is open to student glass artists and designers and those who have commenced their vocation in glass within the last eight years.

Past Stevens Competition winners have gone on to international acclaim. Winners are awarded cash prizes, and one entrant may have the chance to see their design realised. In recent years, the competition has led to several prize-winners receiving commissions, some of which have helped launch the careers of talented glass artists.

Entries must be received at Glaziers’ Hall, 9 Montague Close, London SE1 9DD, by no later than 5pm Thursday, 5th April 2018. For further information and an application form, see the Glaziers’ Company website.

Martin Harrison, a leading Victorian stained glass specialist, will present a lecture enti-tled, Architects, Artists, Craftsmen and 19th-century Stained Glass, discussing some of the is-sues that arose when artists became directly involved in the design and making of stained glass.

The lecture will take place at the Art Workers’ Guild, 6 Queen Square, London WC1N 3AT. Tickets cost £11 each, and are available on the door. Doors open at 6pm.

For further information and to book online, visit the Victorian Society website.