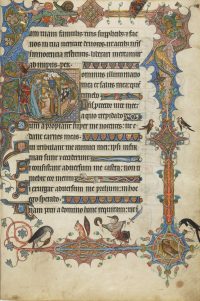 Fig. 1. A page from the Ormesby Psalter.

In 1831 a big and elaborately decorated medieval book in remarkable condition was offered for sale by a London dealer. Given to Norwich Cathedral Priory in the 1330s, where it probably remained until the Dissolution, it had thereafter disappeared from sight. Its emergence five hundred years later excited the interest of Francis Douce, Keeper of Manuscripts at the British Museum. Recognising its exceptional quality, he bought it for his own collection. He later gave it to the Bodleian Library where it remains today.

The Bodleian is to be congratulated for producing this beautiful, accessible and scholarly account of the manuscript, ably written by Frederica Law Turner, who has studied it for over twenty years. Vidimus readers may remember that Frederica previewed some of her ideas about the Ormesby Psalter – and its relationship to contemporary stained glass – in issue 52 (June 2011).

Richly illuminated and retaining its medieval binding, the manuscript has long attracted the attention of art historians and bibliophiles. Of imposing size and quality it boasts a remarkable array of beautiful and varied illuminations, a number of which are highly significant to the history of English painting. They demonstrate an interest in pictorial space and painterly modelling which, originating in 13th-century Italy, found expression in various forms – manuscripts, stained glass, panel painting and sculpture – in 14th-century England. 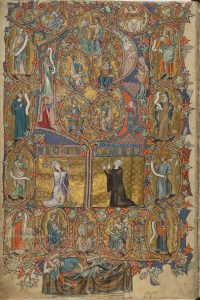 Fig. 2. A page from the Ormesby Psalter.

One of a number of large, luxury manuscripts associated with 14th-century Norfolk patrons, the Ormesby Psalter is the work of several scribes and illuminators and was made in four campaigns. Work began in the late 13th century (most probably for a senior ecclesiastic whose identity remains unknown) and ceased before much of the illumination was complete. Law-Turner suggests that most of the manuscript’s rich decoration dates from around 1316-18, commissioned by John de Warenne to celebrate the betrothal of his ward Richard Foliot to an unknown Bardolf heiress. The wonderful Beatus Jesse (Fig 1) dates from this campaign, as do many of the historiated initials and borders. The work was divided between by a number of illuminators, at least two of whom demonstrate a familiarity with new continental trends in painting. Law-Turner suggests that they may even have travelled from Metz to Norwich, where the manuscript was almost certainly made, perhaps brought over by the well-connected Warenne, a significant patron.

Work stopped again – after, Law-Turner suggests, Warenne lost the wardship in 1318/19 – and was resumed in the 1330s for Robert of Ormesby, subprior of Norwich Cathedral Priory. Ormesby had the psalter bound and adapted for use at the Norwich. He gave it to the priory with the special and rather unusual instruction that it should ‘lie in the place of the subprior for all time’. This ‘place’ was most likely the subprior’s stall on the north side of the choir which meant that it was almost flattened when the cathedral tower collapsed in 1362. The damaged book was rebound and the edges of its pages painted with an heraldic scheme, the survival of which is extraordinary.

Law-Turner’s eminently readable text provides an engaging account of the com-missioning, making, use of – and context for – the psalter. She offers new ideas and perspectives, as well as an illustrated commentary on the most important illuminations and a useful description of the entire manuscript. For anyone with an interest in the art and patronage of the later middle ages, this book is a must. It is also very reasonably priced.