The Penitencer’s Window in York Minster

The Penitencer’s window (n27, Fig. 1) in the north nave aisle is the second of three 14th-century windows undergoing conservation in the period 2016-19 (the others being n25 and n26), at the start of a new twenty-year programme of work that will see all exposed windows conserved, repaired and protected. Window n27 had lost its tracery lights by the 1779 when William Peckitt provided new glass. It was restored and releaded in the early 20th century, when some medieval glass was lost (1), but was not provided with any external protection, meaning that the surviving 14th-century glass is now heavily corroded and in places in holes (Fig. 2). The costs of the conservation and protection of n27 are being borne by the Friends of York Minster in commemoration of their 90th anniversary.

It is the lower register of scenes that give this famous window its name, for all three scenes depict the activities of the Minster’s Penitencers. The sacrament of penance had grown in importance in the aftermath of the Lateran Council of 1215. At very least, annual Lenten confession to a priest became compulsory, and the priest was expected to lead the penitent through a coherent and comprehensive confession before absolution could be obtained. A large number of confessional manuals were composed to assist the clergy in this task. While the priest was to observe scrupulously the confidentiality of the confession, no separate liturgical space was set aside for the performance of confession, absolution and penance, which was to be conducted in a location visible to the general congregation, especially if a woman was the penitent. The penitent was under considerable pressure to offer a full and frank admission of fault, as the accumulation of unconfessed sins would be revealed at the Last Judgement. Nonetheless, reformers like John Wyclif urged against the secrecy of the confessional, on the grounds that public shame acted as a deterrent to sin. For the clergy, or for those whose sins or status were too great to be entrusted to the ministrations of a lowly parish priest, the Archbishop’s penitencer offered a specialist service. In 1367 Archbishop Thoresby compiled a list of 37 serious sins, including manslaughter and sacrilege, that should be confessed under their supervision (2). The Archbishops’ registers provide glimpses of some of the crimes confessed to the penitencers of York Minster, and one transgressor stands out in the period in which the window was made (3). In 1313 Sir Peter de Mauley (d.1336), nephew of archdeacon Stephen de Mauley, the donor of s32, almost opposite n27, was absolved of incest with his sister-in-law. In 1316 he was implicated in theft from the prior of Watton and in 1323 he was again in need of penance, again for adultery. In 1328 Archbishop Melton’s register records that for the same crime he was required to make pilgrimage to the shrines of St William of York, St Thomas of Hereford, St Mary of Southwell and St Wilfred of Ripon and was fustigated (whipped) seven times before a procession at the Minster. 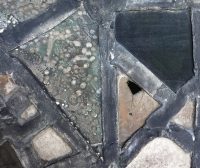 While the friars were popular confessors, the archbishops tended to favour secular priests for the penitencer’s role and thanks to the researches of the late Tom French, we can glimpse the career of one of these specialists, the priest William Langtoft (d.1321)(4). He was first appointed penitencer by Archbishop Greenfield in 1308, one of probably two priests fulfilling this role at the time. In 1311 he was expressly entrusted with hearing the confessions of the recently-outlawed Knights Templar, who were treated far more humanely in the jurisdiction of Archbishop Greenfield than elsewhere in Europe. His appointment was renewed in 1313 and he is still described as ‘capellanus et penitenciarius ecclesiae B. Petri Ebor.’ in his will made in 1321. In 1312 another facet of Langtoft’s career is revealed. In that year Archbishop Greenfield entrusted a donation of one hundred marks to William Langtoft, keeper of the Minster fabric, a role he still held in 1317. This meant that Langtoft had oversight of the building work at the Minster, which in this period included the construction and decoration of the nave.

Langtoft’s personal wealth was not insubstantial. In 1317 he provided three messuages with which to found a chantry attached to the altar of St Thomas Becket in the nave of York Minster (close to the north-west crossing pier). In his will of 1321 he asked to be buried close by, bequeathing various vestments and a silver chalice to the altar and its chaplains. He also made provision for his soul at Holy Trinity, Goodramgate. In 1310 Archbishop Greenfield had first granted William Langtoft permission to erect buildings in the churchyard. The parishioners had already been asked to approve the separation of a strip of churchyard for the buildings of a row of cottages, which would provide the income for a chantry dedicated to the Virgin Mary. This arrangement received the necessary royal approval by letters patent in 1316. This row of houses in Goodramgate, now known as Lady Row, is one of the earliest documented rows of surviving timber-framed houses in the city. At his death Langtoft bequeathed to the chantry there an ivory statue of the Virgin Mary. 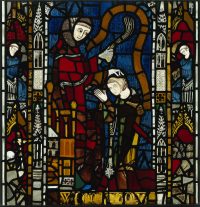 Fig. 3. Panel 2a of the Penitencer’s Window, depicting William Langton (d.1321), the specialist priest responsible for the window, providing penance.

We can safely associate the name of William Langtoft with the creation of n27 as at the base of panel 2a (Fig. 3) is a damaged inscription which reads ‘:W/I[LELLM(US) DE /LAN]G/ET/OFT/. Stained glass artist and restorer John Ward Knowles (1838-1931) recorded and drew this and many other less well-preserved details in the window (5). The window reflects several aspects of Langtoft’s career and we can be in no doubt that it is he who is seated in panel 2a. He is clearly providing the sacrament to a kneeling penitent of high-status, apparently a soldier, for although he is not dressed in armour, he carries a sword and a distinctive mace, suspended from his wrist. A somewhat fragmented armoured figure survives in the border at the base of the panel. Torre recorded the Lombardic characters on the speech scroll above his head: ‘ABOLUTIONEM & REMISSIONEM PECCATORUM’ although these had disappeared by 1934 (6). The throne-like detailing of Langtoft’s seat is significant, for it is not just provided for his comfort, but is a reminder of his authority as a judge, an authority derived from the Archbishop, who appears in proxy in the medallions at the centre of all but one of the grisaille panels. This scene is in interesting contrast to the images in panels 2b and 2c where a standing penitencer is dealing with groups of laypeople. In panel 2b five people (although Knowles recorded only four), including a woman, are driven out of the panel by a penitencer wielding a small scourge. In the adjoining panel a procession of five laypeople holding candles, of which two are women, approach the penitencer. These 2 panels look much more like groups of Lenten penitents. Unfortunately, Torre did not record the wording of the speech scrolls in these panels.

The window’s borders, albeit patched and disturbed, add further detail critical to our reading of the window. The theme of penance is continued by a number of small, seated tonsured figures wielding the penitencer’s scourge in one hand and holding a book in the other, presumably a confessor’s manual (well-preserved in 3a, 3c and 4a). In other borders, tonsured figures are counting coins or tokens. These have been interpreted as penitencers counting the proceeds of the many fines levied against transgressors, but it should also be recalled that anyone who received absolution from a private confessor would require a token to show to their parish priest before they would be allowed to receive Easter communion. However this may also be a reminder of Langtoft’s efficient custody of the fabric fund, which was undoubtedly swelled by the offerings of penitents. The borders also show the end to which these gifts were put, with images of masons holding aloft their tools and hewing stone (e.g. 3c, 4a, 4b and 5b). The management of the fabric might also be suggested by the tonsured clerics holding the keys that would have been entrusted to master of the fabric, but also serve as a reminder of the authority of St Peter, in whose hands Christ placed the keys of the kingdom of heaven. 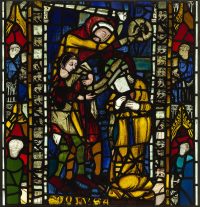 Fig. 4. Panel 5a of the Penitencer’s Window, illustrating the martyrdom of St Paul.

The scenes in the lower register of the window complement the sacred narrative above. In the uppermost tier of narrative panels, the crucifixion of St Peter (5c), the Minster’s patron, is accompanied by the martyrdom of St Paul (5a, Fig. 4), a scene which includes the rarely depicted detail derived from the Golden Legend of the saint blindfolded with the veil of the noblewoman Plantilla (7). The central panel in the upper register now contains a composite of 14th-century glass, but in c.1691 Torre recorded a standing figure of a priest in benediction in this position, to whose identity we will return later.

St Peter and St Paul had both, in their own ways, rejected Christ and required reconciliation and forgiveness. St Peter is also the Minster’s patron, the holder of the keys of the kingdom of God and is the rock on which Christ built his Church, a very resonant connection for those charged with building the Gothic Minster. But can we now also identify the missing figure from panel 5b? An archiepiscopal saint in benediction would fit Torre’s description very well. Langtoft’s personal devotion to St Thomas Becket is attested by his chantry foundation. However, St William of York, Langtoft’s name saint, must also be a strong contender for this place of honour at the top of the window and would have created a triumvirate of saints of special relevance to the Minster in this window made at the behest of one of its hardest- working clerical servants.

It is surely no accident that the window was made by the same glazing workshop responsible for the famous ‘Bell-Founder’s Window’ (n24), made for goldsmith and bell-founder Richard Tunnoc (d.1330). The window honours St William, with images of St Peter and St Paul in the tracery (8). The distinctive treatment of heads and the use of a heraldic diaper are among the more distinctive similarities, and unlike the adjoining Pilgrimage window (n25) conserved in 2017, both the Tunnoc and Langtoft windows use silver stain, albeit very sparingly. We may assume that in negotiating the creation of his window, Tunnoc came into contact with Langtoft as keeper of the fabric. Another link between them is provided by the altar of St Thomas Becket, as in 1328 Tunnoc also founded a chantry there, supported by income from his property in Stonegate. In death both men had thus placed themselves under the protection of Canterbury’s internationally renowned martyr, but in their windows, whose imagery was redolent of their lived experience, found places for St Peter, St Paul and St William whose shrine stood nearby.