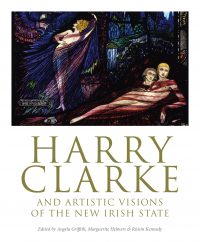 This beautifully designed and illustrated collection of twelve scholarly essays places the work and career of the celebrated artist Harry Clarke in the context of early-twentieth-century Irish artistic and political culture.  It analyses the impact of patronage, public reception, advertising propaganda, war and memory on Clarke’s work, and will appeal to anyone interested in the arts of Ireland, and the history and development of early- to mid-twentieth-century visual and material culture.

Sculpta Manent. Sculptures and Reliefs from the North (c.1300-1600) by Bernard Descheemaeker, available online at www.worksofart.be 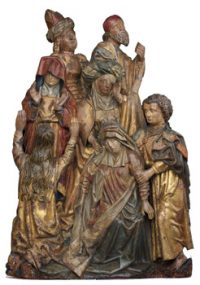 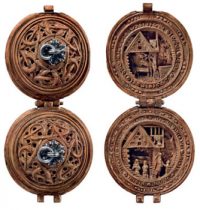 In this, Descheemaeker’s 19th catalogue, are presented thirty late Medieval and Renaissance sculptures, the majority originating in the former Netherlands and surrounding centres.  Brussels, a leading artistic centre in the fifteenth century, is particularly well represented, with more than ten sculptures and altar groups, but objects from cities such as Antwerp, Louvain and Amsterdam, and the county of Flanders, also feature, together with those from Picardy, Paris, Cologne and Saxony.

Appointments for viewings of any of these sculptures can also be made via http://www.worksofart.be/ or info@worksofart.be.

This month also sees the publication of an article by Prof. Richard Marks in the Burlington Magazine (no. 1390, vol. 161), examining in detail the recent discoveries (featured in Vidimus) of medieval glass remains at Westminster Abbey.