This is the fifth volume in a handsomely illustrated and well-produced series that began in 2007 with the aim of cataloguing stained glass in Flanders. It follows the established format, reproducing each item in colour and gives its date, dimensions, bibliographical references and brief comments on its iconography, attribution, technique, condition and provenance. Nevertheless, this book is rather different from its predecessors. While they were confined to unipartite panels, it encompasses other types of panel, fragments and remnants of larger windows. The extension in scope means that some assemblages containing individual pieces that were catalogued separately in previous volumes reappear in this one as a single entity (e.g., p.399). However, the level of detail of the entries with only a brief résumé of the subject matter remains the same, resulting in rather uneven coverage. It is frustrating that composite panels containing various heads and other substantial fragments such as those at Loppem Castle (pp. 448–55) are summarised as briefly as single pieces elsewhere, rather than being itemised in greater detail. Consequently, any additional information, such as that provided about a panel of 19 heads in Antwerp’s Sint-Jacobskerk (pp. 63–4, Fig. 1) is welcome. It is of course impossible to include full particulars in a checklist, and doing so would render this one unfeasibly large, but the uniform treatment of different types of material makes this volume feel less consistent than its predecessors.

The sheer amount of glazing eligible for inclusion means this is the heftiest tome of the series so far and clearly led to some difficult decisions about what should be catalogued. The outstanding cycle of 17th-century windows returned from abroad to the cloister of Park Abbey in Heverlee could hardly be passed over without mention, and the decision to publish only those separate fragments from those that are now in other collections is explained in the preliminary ‘Note to the Reader’, which serves as a useful Frequently Asked Questions section. This also outlines the approach taken to excavated and recovered glass, such as the 2,000 medieval fragments concealed above a ceiling of the Dominican cloister in Ghent (pp. 319–21), of which a select handful of significant pieces are pictured. The same goes for the 11,000 excavated glass fragments held by the Abdijmuseum Ten Duinen, the highlight of which is a damaged shield still recognisable as that of John the Fearless, Duke of Burgundy (p. 424). Similarly, only the most important items in extensive glass collections such as that of M-Museum in Louvain are described (pp. 482–508). The few panels with a fully documented history include the remnants of windows in the Klein Beginhof church glazed by Jan de Caumont c. 1642 and donated to the city of Louvain in 1862 (pp. 494–5, Fig. 2). Another of the selected pieces from M-Museum is an early 16th-century panel (Fig. 3) attributed to the workshop of Jan Rombouts the Younger, one of an extensive cycle depicting the life of Christ, most of which are in the Metropolitan Museum in New York, with an outlier recently discovered at Easthorpe in Essex. All 14 known panels are illustrated in colour in the catalogue entry (pp. 502–6), demonstrating the inclusion of related material which is one of the strengths of this series of volumes. 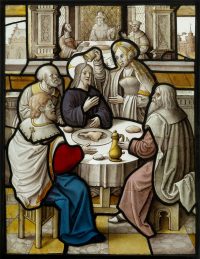 Fig. 3. Christ in the house of Simon – Louvain, M-Museum, inv. no. B/III/259. Reproduced by permission of the authors.

Fig. 2. Composite panel including angels and an abbot’s armorial – Louvain, M-Museum, inv. no. B/III/57. Reproduced by permission of the authors.

Eye-catching pieces elsewhere include a 15th-century fragment with a lively depiction of Daniel in the lions’ den (p.302, Fig. 4). Daniel pats a lion who competes for his attention with an angel grabbing his hat while dangling aloft the tiny figure of Habbakuk, who brandishes a ladle and kicks his black-booted feet in the air. An armorial panel commemorating a pilgrimage to Jerusalem (p. 547) features a shield bearing the unusual charges of a hunting dog, three guns and a partridge; the donor’s name was Jekermans, a variant of Jägermans, meaning hunter. A bizarre but restrained type of iconoclasm resulting from the late-18th-century Batavian Revolution is demonstrated by the treatment of the losers’ armorials: instead of destroying them completely, the victors carefully removed the shields and replaced them with images of ships, while the surrounding helms, crests, mantling and inscriptions were deemed inoffensive and allowed to remain (pp. 141–2).

The importance accorded by the Flemish government to its stained-glass heritage which was apparent in the previous volumes continues to be evidenced in this one. Although its publication was funded by the University of Antwerp rather than the government, the foreword was written by the Minister for Culture and in 2018 selected windows and panels were designated as part of the ‘National Treasure of Flanders’, a body of prestigious portable artworks protected by law. Several of these feature here, notably two late-15th-century panels depicting St George and St Michael originally from the Chapel of the Painters in Bruges (pp. 396–7, Fig. 5). Two others are 18th-century ‘masterpieces’, intricate leaded geometrical patterns created to demonstrate the technical proficiency of aspiring master-glaziers (pp. 400–1, 496–8, Fig. 6). A 16th-century composite panel from Herkenrode Abbey (p. 542) was also designated as treasure, but ironically this was only possible because it had been returned to Flanders from Lichfield Cathedral in England which 200 years ago acquired nearly all the Herkenrode glazing, now acknowledged to be the most significant body of Flemish stained glass in the world. 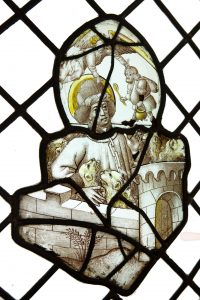 Fig. 4. Daniel in the lions’ den – Ghent, STAM Gent, Bijlokecollectie, inv. no. 13105. Reproduced by permission of the authors. 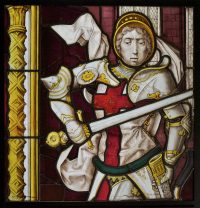 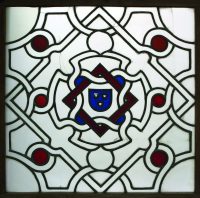 The main text is followed by 77 pages of addenda to the four preceding volumes. The earlier volumes are frequently cross-referenced and updated in this one, highlighting the inflexibility of printed material in a field where the large proportion of private collectors means that hitherto unknown pieces are discovered, the location and ownership of already catalogued items changes and some pieces disappear altogether (p.526), while newly-found sources necessitate amendments to published information (p.291).

The book contains a touching tribute to George Wigley, who died in 2020 and will be fondly remembered by many readers including this reviewer. George’s genial presence pervades the volume, with the provenance of many pieces listed as ‘Great Britain, art dealer’. Another example of international co-operation worth singling out is Rolf Hasler’s assistance with Swiss panels.

Like its predecessors in the series, this will become a well-thumbed reference work, particularly for anyone researching Flemish glass that has left its homeland.

The book can be ordered from the publisher via the following link: http://www.brepols.net/Pages/ShowProduct.aspx?prod_id=IS-9782503593821-1