Around forty images of St George survive in English medieval stained glass, so any book that sheds light on why and by whom these windows were commissioned, and how contemporary audiences responded to them will be of interest to Vidimus readers. 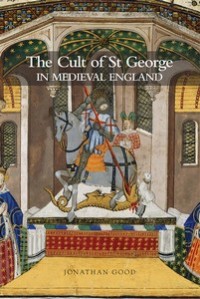 Fig. 1. The Cult of St George in Medieval England.

This volume is a paperback edition of a book first published in 2009, and while not an art-historical study of the saint, it provides some useful information about how his cult developed, why the political elite (approximately 2% of the population) fostered his cult, and how devotion to St George inspired royal armies and drew a rising mercantile middle class closer to the realm.

Its starting point is how St George became the national patron saint of England in the fourteenth and fifteenth centuries, even though he was not of English origin, and what this process contributed to the ‘making of England’ as a nation state. The author begins by explaining that George was probably one of many Christians martyred for their faith in the eastern Roman empire sometime in the third or early fourth century, who thereafter became a patron of agriculture before metamorphosing into a crusader against non-Christians and subsequently being appropriated as the patron saint of England and the embodiment of medieval ideals of chivalry.

Although figures of St George appear in carved tympana (the decorated wall surface over an entrance bounded by a lintel and an arch) and wall-paintings in the early twelfth century, his first appearance specifically as an ally of the English crown seems to have been during the rule of Edward I (reigned 1272–1307), who deployed George’s symbol of a red cross on a white background during his wars with Wales, Scotland and France. Under Edward III (reigned 1327–1377), this process developed, with the saint being adopted as the ‘special protector’ of England and subsequently used as a symbol of ‘good government’ to rebuke Richard II and Henry VI by critics who thought that these monarchies fell short of what was expected of a leader of a martial nation. There is a lucid account of medieval ideas of sainthood, with individuals serving both as moral exemplars and, more importantly, as heavenly intercessors on behalf of earthly Christians. Professor Good is particularly interesting when discussing concepts of George in the context of English national identity and his unifying role in forging such ideas.

Chapter two traces the cult of St George, its origins, development and arrival in England. By tradition, George was a Christian army officer from Cappadocia in Asia Minor (now a central region of modern Turkey) who was martyred for his faith. For reasons that are unclear, he became ‘widely popular’ throughout the eastern Roman empire from the sixth century onwards. His tomb was said to be in Lydda (or Diospolis) in Palestine, and miracles at the site were recorded by pilgrims. The author says that although no primary accounts of his life or martyrdom exist, his legend was cemented by a Passion (the story of his torture and death) rather than a Life (which would have described what had gone before). The earliest manuscript is in Greek and dates from the mid-fifth century. It says that the Persian emperor Datianus ordered George to be tortured after he had confessed his faith and refused to sacrifice to idols. The tortures lasted seven years and were horrendous. He had iron boots with sharp nails put on his feet; his head was beaten with a large hammer; molten lead was poured into his mouth; and he was pushed inside a bronze bull fitted on the inside with sharp nails, which was then revolved shredding him to pieces. Later still, a red-hot helmet was placed on his head, flaming torches were applied to his sides, and he was chained to iron hooks that tore his body apart. Although George felt no pain throughout all these tortures, he nonetheless died and was resurrected three times by the Archangel Michael. At the same time as he suffered these ordeals, George also performed various miracles including raising to life people who had been dead for 460 years and healing a young child from blindness. When Datianus finally ordered the saint to be executed, fire came down from heaven to kill the emperor. After George was beheaded, water and milk flowed from his body.

Although these stories proved popular, they were clearly preposterous, and later versions of the saint’s Passion were shorn of some of the wilder excesses. By the eighth century, George was described as a Roman tribune who was persecuted by the Roman emperor Diocletian and martyred at Nicomedia. The tortures last seven days, not seven years, and George only dies once. The newer version did not however completely replace the older ones, which continued to influence the legend throughout the Middle Ages. New stories were also added to the literature, including the claim that, at the same time as he prayed for Datianus to be destroyed by fire, he also he prayed for rain, prompting connections between the saint and farming.

By the eleventh century, the legend had acquired new meanings, with George’s adoption by the Byzantines as a ‘military saint’ alongside others such as Mercurius, Demetrius and Theodore. Such figures were enrolled in campaigns against the infidel Muslims and pagan Slavs who threatened the Christian citadel and were said to appear in the sky during battles encouraging the faithful. Before too long, similar ideas spread to the Western Church. At the battle near Cerami in 1063 between Normans and Sicilian Muslims, St George was said to have appeared in shining armour carrying on his lance a white banner with a cross, and thirty years later his appearance during the battle for Antioch in 1098 sealed his reputation with crusader knights. Images of the latter feat soon found their way into English churches, as at Fordington (Dorset) and Hardham (West Sussex). Another development that boosted the cult was the story of St George’s defeat of a ferocious dragon that had been terrorizing the people of Silene in Libya. His rescue of the king’s daughter from this monster appealed to courtly audiences, who enjoyed tales of courage and chivalry. It was an image that captivated Christian audiences across Europe and which became a defining attribute from the twelfth century onwards.

The combination of George’s intervention on behalf of crusaders and his conquest of the dragon struck a chord with the bellicose Edward I. His grandson, Edward III, carried on this devotion and institutionalized the saint as part of court life, by making him patron of the Order of the Garter. By the late fourteenth century, George enjoyed widespread appeal among the political elite. Thus after Henry Lancaster had forced Richard II (reigned 1377–1399) to abdicate and had himself crowned as Henry IV (reigned 1399–1413), he appropriated the image of St George (among other saints) for a window in Eltham Palace when the chapel was glazed in 1401–02. At the same time one of his bitterest critics, Archbishop Scrope of York, invoked the saint as ‘the special protector and advocate of the kingdom of England’, in other words a patron saint who was independent of the king, when he joined a revolt against what he called the ‘great usurper’. Henry V (reigned 1413–1422) was devoted to the saint and further embedded George into England’s political life. In later years, Edward IV (reigned 1461–1470 and again 1471–1483) resurrected the Order of the Garter, which had been weakened during the divisive rule of Henry VI (reigned 1422–1461 and again 1470–71) and rebuilt the chapel of St George at Windsor Castle in spectacular Perpendicular style. 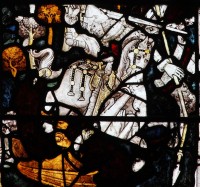 Although George’s appeal extended beyond the political and military elite – especially to the rising merchant classes, whose adoption of him as the patron of their guilds and chapels was an indication of their own burgeoning identification with, and sense of ‘belonging’ to the state – he was not the most popular saint in late medieval England.

St George’s reputation did not remain unscathed by the efforts of Protestant reformers in the sixteenth century, who scoffed at superstitious images and made-up stories. In 1547, the government of Edward VI (reigned 1547–1553) dissolved the religious guilds and outlawed religious processions of the kind that had thrilled audiences in cities like Norwich and Coventry, during which actors dressed up as George and the dragon staged mock battles in the streets. In 1552, the saint’s feast day was declared void by the bishop of London, and plans to sever his links with the Order of the Garter only failed because Edward died before they were enacted; his successor, Mary I (reigned 1553–1558), had no interest in putting the new statues into effect. The book concludes with accounts of George’s post-medieval career, including how his image is regarded by modern audiences.

As noted above, Professor Good’s book is not an art-historical study, and he does not explore specific instances of patronage for his imagery. The volume is best enjoyed as a well-researched contextual introduction to the cult of the saint and how and why he appealed to different audiences. For an example of an image of St George in stained glass in an interesting context, British CVMA author David King has drawn attention to an image of St George in North Tuddenham (Norfolk) and its association with John Wakeryng, bishop of Norwich 1416–1425, a loyal ally of Henry V and Keeper of the Privy Seal 1415–1416, who was buried beside the altar of St George in Norwich Cathedral after his death in 1425.

St George was the subject of the very first Panel of the Month in Vidimus, in issue 1. 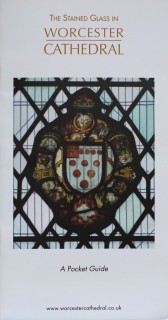 The Stained Glass in Worcester Cathedral.

Worcester is one of England’s greatest – but least well known – medieval cathedrals. It boasts magnificent architecture, impressive monastic remains, and the tomb of ‘bad’ King John. Before the Reformation, it also had important window glass, both in the main church and in the adjacent monastic cloisters and chapter house. Sadly, except for a few fragments, most of this glazing was destroyed either during the Reformation or when parliamentary troops were billeted in the cathedral.

In the nineteenth century, the cathedral was refurbished and many new windows installed. This booklet is a pocket guide to this and the later stained glass that can now be seen in the church. It includes examples by prominent Victorian firms such as John Hardman & Co., Clayton & Bell, Frederick Preedy (1820–1898), Lavers, Barraud & Westlake, and William Wailes (1808–1881). Christopher Whall and Christopher Webb are among twentieth-century artists whose work can also be admired.

The booklet takes the form of a walking tour starting at the eastern end of the cathedral. Twenty-nine windows are illustrated and described in a format that includes the date of installation, the dedication, the maker, and the subject(s) depicted. Unfortunately, reasons of space preclude any biographical information about the artists.

The authors acknowledge the contribution of Sarah Brown and Jasmine Allen, Curator of The Stained Glass Museum, Ely, in the preparation of the guide, which every visitor will want to have to hand. The cathedral is be congratulated on filling an important gap in information about the church and helping to enrich the experience of visitors who discover this marvellous place.

A two-part feature on the medieval glazing of Worcester Cathedral appeared in Vidimus issues 56 and 58.