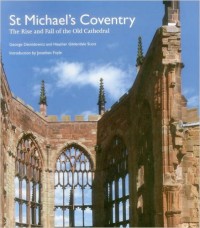 Fig. 1. St Michael’s Coventry: The Rise and Fall of the Old Cathedral

This is a fascinating book about one of England’s most iconic churches and its surviving medieval stained glass (Fig. 1). In the Middle Ages, the West Midlands city of Coventry was the fourth richest in the realm, with a powerful cathedral priory and several important parish churches. St Michael’s was the largest of these churches and was eventually converted into a cathedral after the First World War. Its destruction during an air raid in 1940 and the scar of its ruins remain potent symbols of both the horror of war and the forging of peace and reconciliation (Fig. 2).

A few years ago, the World Monuments Fund became interested in the story of the church and its glass and commissioned a conservation plan for the Old Cathedral. One result is this book. It begins with a detailed history of the church written by George Demidowicz, now an Honorary Research Fellow at Birmingham University, but for many years an almost heroic figure in Coventry, caring for its historic buildings and championing their conservation. His description of St Michael’s before the Reformation is both scholarly and evocative. By 1522, it was one of the great urban churches of England, with four aisles, numerous chapels, and twenty-five priests attached, including the vicar. As the author writes: ‘Stepping into the church on a major feast day the visual senses would have been reinforced by the auditory and olfactory: the chanting of priests and ringing of bells, the vapours from burning wax and tallow candles and the smell of rushes and herbs scattered on the floor. Colour would have poured into the building through the painted glass of the windows, displaying both religious subjects and the heraldic devices of the rich patrons who paid for them.’

Sadly, such glories were short lived. Like elsewhere, most of the church’s treasures were either seized and melted down or vandalized during the Reformation. Yet despite horrendous losses, numerous fragments of St Michael’s medieval glazing somehow survived. This review focuses on the three chapters in the book about the medieval stained glass by British CVMA stalwart Heather Gilderdale Scott.

The first chapter deals with the survival of the glass. What had not been destroyed by iconoclasts was probably swept away in succeeding centuries as tastes changed, leads became brittle, and windows were neglected. By around 1750, the remaining medieval fragments were collected and installed behind the altar in the famous apsidal windows at the eastern end of the church. In the 1850s, they were moved again to make way for new (Victorian) glass. At the outbreak of the Second World War, the medieval glass was dismantled for safe-keeping, and after the building of a new cathedral next to St Michael’s, some of the more legible pieces were reintroduced, initially within the ruins of St Michael’s and subsequently within the new cathedral itself. In recent years, thousands of the remaining unused fragments have been catalogued with a view to displaying the best in a purpose-built installation.

The next chapter, based on a careful study of the surviving glass, throws light on the iconography of the fifteenth-century glazing of the church. Despite the losses a number of themes have been discerned. Perhaps not surprisingly in view of its dedication, images of St Michael and other angels seem to have been common. A scheme depicting the Nine Orders of Angels (see Vidimus 35) was almost certainly a feature, and other fragments show St Michael weighing the souls of the dead in a balance. Another group of fragments depicts images of kneeling figures, members of the city’s wealthy elite who funded the church’s stained glass windows and other building work (Fig. 3). 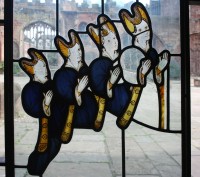 Fig. 3. A group of donors, now installed in the Haig Chapel, in the Old Cathedral.

Antiquarian records complement these discoveries. The most important of these is Sir William Dugdale’s Antiquities of Warwickshire published in 1656, which includes an engraving by Wenceslaus Hollar (1607–1677) showing now-lost coats of arms in the windows of the church. Some of these relate to members of Coventry’s Trinity Guild, the most important pre-Reformation part-religious, part-commercial association in the city, others to Henry VI and other leading magnates of the day. As the author reminds us, the inclusion of such devices does not necessarily mean that these persons contributed to the funding of the church. They could also be declarations of loyalty, belonging and identity.

Another theme highlighted by Scott is subjects of an educational nature. This seems to fall into two categories. The first includes schemes that depict the tenets of Christian beliefs and virtues that lay people were supposed to learn, such as the Apostles’ Creed, the Seven Sacraments, the Seven Works of Mercy, the Seven Deadly sins, and so on. The second is more speculative. One fragment shows the remains of two inscribed lines in two columns. The left-hand column contains the numbers ‘XI’ and ‘XIX’, the right the letters ‘I’ and ‘t’, picked out in gold from a painted ground, and surrounded by a cusped design, showing that they were not part of longer inscriptions. The author wonders if they were part of a numbered alphabet that may have been used by one of the many priests in the church to educate local children. Stories about Christ and the saints were probably common. The most complete main-light panel of stained glass from the church, now in St Michael’s Hall in the cathedral, shows the Resurrection, with the figure of Christ emerging from his tomb and stepping over sleeping soldiers. It is almost certainly part of a sequence of panels narrating the story of Christ’s suffering and Crucifixion (the Passion), a subject that seems to have appeared more than once in the church, as fragments depicting such episodes but painted in different styles have been found (Fig. 4). Last Judgement imagery has also been identified. 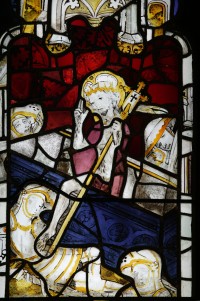 In addition, images of, or associated with, the Virgin Mary also proliferated. Roundels with monograms of the Virgin have been discovered, as have portrait heads and fragments of a text reading ‘Gaud(e) V(ir)go Mater’, almost certainly originally ‘Gaude Virgo Mater Christi’ (‘Rejoice Virgin Mother of Christ’), suggesting a window illustrating one of the most popular medieval Latin hymns to the Virgin. Although most of the remaining partially haloed heads, male and female, cannot be identified precisely, other fragments are less baffling: they belong to images and stories of saints, and range from stand-alone figures to parts of narrative sequences (Fig. 5).

The final chapter repays careful reading. It focuses on the glaziers who worked at the church, in particular John Thornton, a person of considerable interest to stained-glass historians. Although he is best known for his work in York, where he was employed to design and paint the Great East Window of the Minster between 1405–08, it also seems clear that he was connected to the glazing of St Michael’s. A number of partial figures in his style have been found among the Coventry fragments, according to Scott ‘some ranking alongside the Minster glass in terms of composition and sublety’. In many ways, this should come as no surprise, as Thornton was a native of Coventry and probably won the contract to glaze the York window based on recommendations from a former bishop of Coventry who was familiar with his work.

But as clear as some connection may be, the extent and nature of his involvement in the overall glazing programme at St Michael’s remains deeply problematic. The vast majority of fragments are strikingly varied in their painting styles, and were probably produced over at least a sixty- or seventy-year time span. Even some of those that exhibit similarities with the characteristic Thornton style of large round eyes, long noses with bulbous tips, and small pursed mouths are also markedly different in their own right – ‘harder’ and less ‘sweet’ than the master’s work, perhaps the product of workshops whose painters had trained under his encouraging eye or who admired his approach. 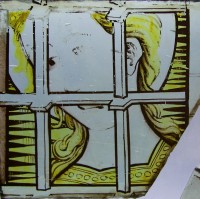 As mentioned earlier, Coventry was an exceedingly prosperous city in the late Middle Ages. A number of glaziers, other than Thornton, are recorded in the city records. Some of the fragments from St Michael’s are probably the product of these other painters. Perhaps the most interesting aspect of the chapter is the author’s discussion of whether Thornton learned his painting style not from earlier Midlands-based workshops, but from the Oxford ‘school’ of glass-painting associated with another major figure of interest to stained-glass historians, Thomas of Oxford. Scott suggests that similarities between the new International Gothic style of painting adopted by Thomas at Winchester College in the 1390s and some of the work Thornton subsequently produced at York ‘may suggest a close and particular link between Thornton and Thomas of Oxford before Thornton travelled to York’. Such intriguing ideas add to the richness of a beautifully illustrated and well-designed book.

‘Like a Phoenix from the Ashes: The Medieval Stained Glass of Coventry Cathedral’, Vidimus 33

For further information about the World Monuments Fund, visit its website.