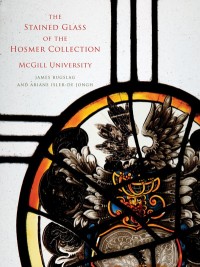 Fig. 1. The Stained Glass of the Hosmer Collection, McGill University.

This impressive first instalment from the Canadian Corpus Vitrearum focuses on the Hosmer Collection of thirty-eight sixteenth-century roundels and individual panels now installed in the Macdonald-Harrington Building, which is home to the School of Architecture and the School of Urban Planning at McGill University, Montreal [Fig. 1].

After a useful introduction that explains the methodology and aims of the Corpus, the book is divided into two parts, the first discussing the historical context and character of the collection, the second consisting of a detailed catalogue entry for every piece in the collection each supported by a full-page colour plate and a conservation diagram.

The collection was acquired en bloc in 1901 from a London art dealer, Martin van Stratten, by Edward Maxwell, a prominent Canadian architect, who installed them in the dining room and principal staircase hall of a Renaissance-style mansion that he built for Charles Rudolph Hosmer, a wealthy Montreal financier. Following Hosmer’s death in 1927, the house remained in the family until 1969, when it was bequeathed to McGill University, which converted the empty building into classrooms for the School of Physical and Occupational Therapy. The windows in the dining room and staircase remained in place, largely because their value had by then long been forgotten, and it was not until 1976 that their importance was recognized, by Ariane Isler-de Jongh, whose subsequent research into and championing of the glass has played a key part in its conservation and protection. 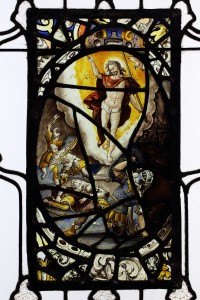 The catalogue entries are excellently researched and full of interesting information about the iconography of the panels, their relationships to similar examples/designs elsewhere, and their condition and history. As is well known, many sixteenth-century Flemish roundels were produced in workshops whose painters copied designs by contemporary artists. The Hosmer collection has a range of such examples. A roundel depicting the decapitation of St George (cat. no. 5) is after a design by Dirck Jacobsz Vellert (1480–1547), another (cat. no. 1) is attributed to a follower of Hugo van der Goes (d.1482), yet more (cat. nos. 14–17) are based on designs by Martin van Heemskerck (1498–1574) and Maarten de Vos (1532–1603) [Fig. 2]. In addition to these examples, the collection also includes a number of heraldic roundels dating from the late sixteenth and early seventeenth centuries, probably made in the Low Countries or Western Germany, and nine panels (four heraldic, five figurative) from the former Franciscan convent at Vernay, in Limburg. The authors express their thanks to the Dutch stained-glass historian Zsuzsanna van Ruyven-Zeman for her help in identifying the origins of these particular panels and acknowledge ‘the collaborative spirit at the heart of the international Corpus Vitrearum which promotes exchanges of information across countries’. Two Swiss panels that deserve mention are those categorized by the authors as Kabinettscheiben, small panels produced for domestic/secular settings. Both panels are painted with enamels and based on woodcuts found in picture bibles produced in the sixteenth century.

The uncovering of such a rich seam of information inevitably raises further questions. As mentioned earlier, the Hosmer Collection was acquired from a Dutch art dealer working in London: little is known about him or what else he may have bought and sold; he deserves further research. This volume is nevertheless well produced and very readable, and it whets the appetite for future publications from the Canadian Corpus Vitrearum.